Plow the snow off an elderly woman’s sidewalk. Check.

Help serve meals to 80-plus people on a cold November evening. Check.

Drive a team of missions volunteers around town hoping to catch a glimpse of a moose. Check.

The to-do list is quite different these days for Chris Baker and he absolutely loves it. After serving eight years as Clarke Baptist Association’s director of missions (DOM), Baker and his family moved from Alabama to Red Lodge, Mont., in May 2014. He has been working as a church planting intern with the North American Mission Board and helped launch Church of the Rockies in September 2014.

“It’s part of the process, coming to a place like this to spend six months to a year on the field without having the responsibilities of being a lead church planter,” Baker said. “It’s been great … learning the Montana culture and understanding who it is we’re ministering to.”

Baker knew the process would ultimately lead to the planting of a new church somewhere else in Montana but he didn’t know where. After two months of praying and talking with Montana Southern Baptist Convention leadership, Baker visited the Kalispell-Whitefish-Columbia Falls area — 450 miles northwest of Red Lodge, near the Idaho and Canadian borders — and knew he had found the answer.

“As we pulled in we sensed the Lord’s leadership there,” he said. “It’s a resort kind of area much like Red Lodge with great opportunity.”

Their target audience is not tourists, however, but the people who live and work there, Baker said, noting the thousands of hotels and 40-plus restaurants represent a huge missions field made up of those who work in the service industry.

About 110,000 people live in the Kalispell-Whitefish-Columbia Falls area but only 6 percent would be considered evangelical and only seven-tenths of 1 percent of the population is Southern Baptist, he said. “People come to this state because of its beauty … but the lostness is also great and the opportunities are vast.”

Building relationships has been a key part of the strategy in Red Lodge and will continue to be in their new location. One of the ministries Baker has been involved with in Red Lodge that he hopes to continue in the Whitefish area is Common Ground, a weekly meal provided free of charge to anyone in the community.

“There will be a millionaire sitting across the table from somebody on the verge of homelessness. There will be a senior adult couple that’s just trying to make ends meet sitting across the table from a single mom with four children,” he said. “A place like Common Ground gives a community atmosphere, a place to connect, since many don’t have that church home they can connect with.”

Baker is quick to point to his family as vital members of the team. His wife, Kim, and sons Andrew, 18, and Samuel, 17, are involved in a variety of ways from worship leadership to cooking to hosting volunteer teams to building relationships in the community.

The Bakers moved to Whitefish in early January 2015 and have begun the process of building relationships. The need for volunteer teams from Alabama is great especially during the summer month. Helping with sports camps, cooking and serving meals, connecting with the community and prayerwalking are just a few of the ways you can serve.

“One of the things I’ve learned here the last few months is that presence is so important,” Baker said. “I just can’t tell you what that does for a community to see volunteers coming and not taking but giving.”

Baker’s roots in Alabama are deep. He was raised in First Baptist Church, Wetumpka, schooled at Samford University in Birmingham and served as pastor of two Alabama Baptist churches before his role as DOM. Being connected to Baptists in the state through the Alabama Baptist State Board of Missions’ Alabama Acts 1:8 Connections means a lot to him.

“It’s a source of encouragement to me,” he said. “I’m humbled by it … and I am grateful that Alabama Baptists would take on that Acts 1:8 challenge and partner with us in this Great Commission work.” 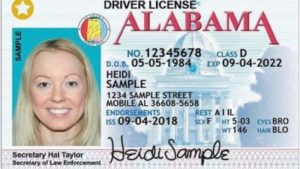